LESSONS FROM A BROKEN ENGAGEMENT 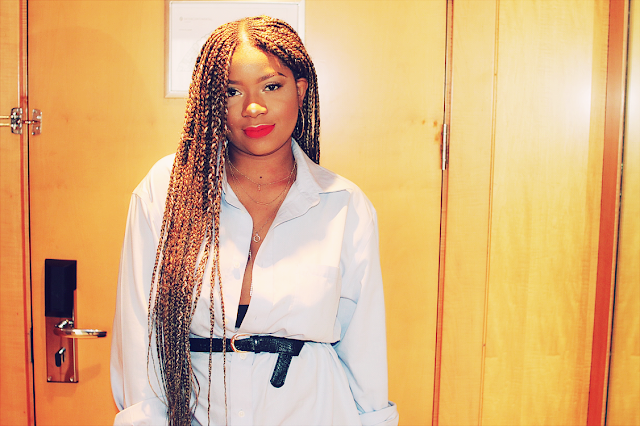 It’s been about two years since I made the scary decision to call off my engagement. It was tough and I really didn’t think that I was going to ever get to a ‘happy’ place again but I did. So, I thought why not share 5 things I learnt from a broken engagement. I think these lessons are relatable even if yours was just a broken relationship or even if you are in a happy relationship.


1.              Admit that you’re broken/shaken up by it.
One of my biggest mistakes after ending my relationship was that I was doing “tough guy”. I didn’t want to grieve the loss of the relationship. I felt like if I didn’t talk about it, it wouldn’t hurt. But that set me back a few months in the healing process, because I didn’t start to heal until I admitted that I was shaken up by it. And you are allowed to be shaken up if things ended with someone you were/are in love with.

2.              Figure how why it ended and the role you played in it
For so long, I couldn’t really explain to anyone why I called off my engagement but I certainly didn’t think it was my fault we didn’t work. But if you do not figure out why a relationship ended and the role you played in it, you’ll just repeat the same mistakes in your next relationship and it becomes a vicious cycle. My ex was not a model boyfriend by any standard, quite frankly, he was the typical ‘Lagos boy’ who went out of his way to cheat on me because he could. But, I cannot honestly say I didn’t do or say the wrong things in that relationship and ultimately both our actions led to the demise of the relationship. I am having to unlearn things I thought were normal in relationships because I have accepted the harmful role I played in the destruction of the relationship.

3.               A break-up is a detox, but you need to refill.
There’s a Bible verse (Matthew 12:43-45) that talks about what happens when a demon leaves a body. It says the demon will try to find another body and when it finds none, it will go back to the body it originally left and if it finds that body unoccupied, it will return with 7 other demons more deadly than itself and they’ll re-occupy the body. So, granted a break-up isn’t like a demon leaving your body (or maybe it is – you may have been dating Lucifer), but when you end a relationship, it’s like going through a detox and there’s a void in your heart and your schedule where your ex used to occupy. In order to move on, you’re going to have to re-fill. You will need to find more productive things to fill up the void. Until, I found something constructive to fill up the void I felt, I wanted my ex and my old life back even though I knew deep down that would have been a terrible decision.

4.             You have probably neglected an important relationship
From my experience and the experience of others that I have been privy to, most of us neglected a relationship with ourselves when we got into a relationship with someone new. And that’s totally normal because we get all excited about this new person that we subconsciously focus on them and the relationship we are about to have, However, that is totally unhealthy, because you subconsciously place your happiness on this new person and if that relationship doesn’t work out, you don’t know how to deal with yourself as an individual. So, I remember sitting with myself after I came to terms with the break up and went “Right, so who are you?” I’m not sure I was prepared to deal with the answers that followed at the time but I’m glad I had that conversation.

5.             The pain might change you.
So, if you are like me and your last breakup was excruciatingly painful, I have some sad news for you – the pain might change you – (albeit for a while). After dealing with all the pain, I put up some ridiculously difficult and high walls and I didn’t think I was capable (or even wanted to be capable) of love. I went on dates to waste both my time and the guys’ time because I could. Until, one Saturday evening, I was having a business meeting at a lovely restaurant and there were all these “happy looking” couples around me. As soon as I got back home that night, I called my best friend, with tears in my eyes asking; “why can’t I remember what that feels like?” After that phone call, I realised that the walls I had put up not only kept people out, they kept me in – unable to feel. Anger, I approve. Love, I approve. Hate, I understand but numbness, now that is a killer. So, I learnt to be sensitive to what the experience was doing to my mind, body and spirit, so that that I do not allow the past dictate my future.

I hope that this was a great read and I really hope this helps someone see that even though, they experienced a broken relationship, they are not broken. I would love to read about the lessons you learnt from your broken engagement/relationship. Please share in the comments section.

Email ThisBlogThis!Share to TwitterShare to FacebookShare to Pinterest
Labels: Breakups, Broken Engagement, Healing, Lessons from a Break up, Tomilola Vanna 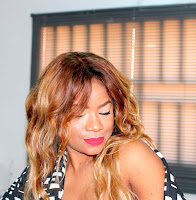 Hello, I'm Tomilola Vanna. I am a Christian. I share my personal experiences and I’m constantly trying to challenge the unrealistic expectations of perfection in life, faith, relationships and career. Here, you'll see posts about my faith, fashion, career and travel diaries. I hope you’ll want to share your experiences with me or work with me on amazing projects. You can reach me via email – info@tomilolavanna.com